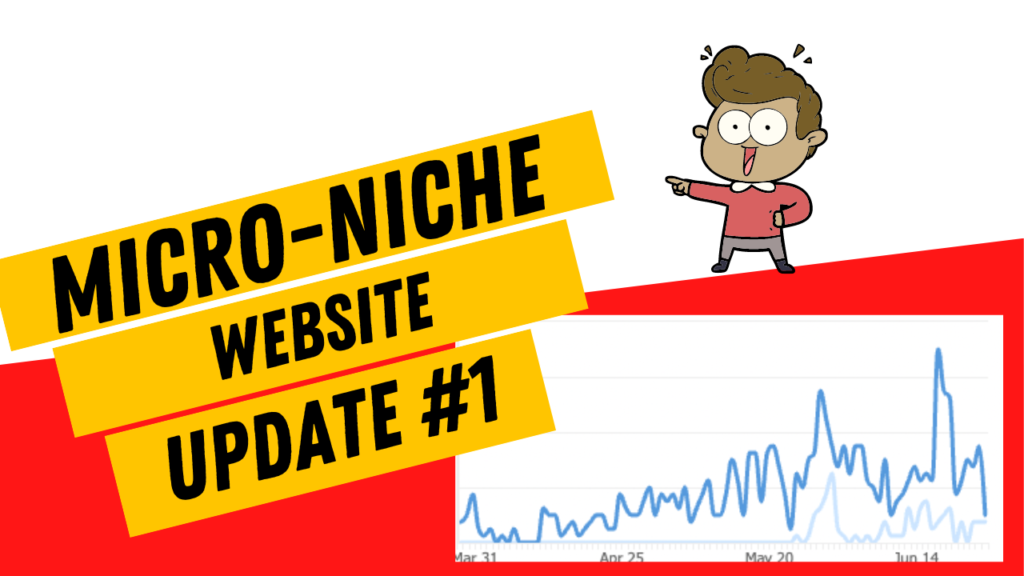 Earlier this year (after messing up some flights) I found myself with a couple of extra days without a to-do list. This doesn’t happen often so I decided to test if micro-niche sites could still work in 2022.

You know that thing we all decided no longer worked and we all stopped doing?

This is not an SEO is dead post. SEO is still very much a thing. What is mostly dead is small micro sites as they’ve been englufed on Google with larger ‘authority’ sites. Rightly or wrongly, that’s the landscape of content sites these days.

But I like small microsites. Big authority sites can gloss over a lot of topics but that doesn’t mean they’re always the best resource.

I chose the niche because most of these results had larger authority sites ranking for the terms but they just weren’t the best result for the keyword. The content quality was questionable and contradictory.

I chose the niche because I felt I could do better.

Also as someone with ADHD, I can get super pumped on a project, build a cool system and then completely lose interest. Building a great site for a small number of keywords and then moving on would be a much better business model for me rather than having to publish hundreds or thousands of pages of content just for Google to take me seriously on a few topics I can actually talk about.

So maybe it was wishful thinking but I wanted to try.

And I hate that I even have to say this but could we leave the dick measuring alone? I saw some comments about not being able to rank a low competition niche and that’s not what this is about. Anyone could brute force their way into these keywords pumping enough resources into it but what would that prove?

The goal is to create a good resource for a micro-niche and see what happens. Not prove that buying a bunch of backlinks will rank a page.

The whole project took a couple of days (spread out and in between other ongoing projects).

Normally if I’m launching a website I don’t even consider it live until it has 100 posts and maybe some semblance of a backlink plan and some social media but I just wanted this project to be all about having better content.

Again, I don’t think it will work. Google can’t actually judge our content quality compared to the pages it currently ranks.

For a new site, it is growing. The numbers are low but gradually trending upwards. Last week was an all-time high and this is the first time I’ve looked at it for months.

To be clear this is not like most of my faceless YouTube channel projects. Normally I want a channel posting frequently, I’m watching the metrics to see what works and I want to send some traffic from SEO or social media to get it started.

This was not like that. I outsourced the videos and published them. I think it cost us less than $100 and it was just to give the site some credibility and content that the competition didn’t have. It’s growing slowly but entirely organically and it does bring some clicks to the landing page.

I don’t have the login to hand at the moment to show the actual metrics but we crossed 1,000 views with pretty good retention. If this was a channel I was planning to promote I’d consider it a good start but the fact there’s some organic growth there without us doing anything is a good sign.

This is where things have always looked pretty good for this project. The onsite metrics have been fantastic. This is where we know that the site quality is good because the users think so.

We had roughly a 30% opt-in rate from cold traffic with no testing. This means if that site does continue to grow and we put a little bit of work in, it’ll probably get a decent cash flow relative to the size of the niche.

The average time people spent on the site was over 5 minutes and our average bounce rate was about 15% since most people clicked on to other pages or (better yet) our landing page.

So on the surface that looks good. The site is growing, the users like it and it was a fun project that I could replicate in plenty of other niches.

But there’s a problem.

Google won’t give us the time of day.

This is not how you should actually measure if your site is indexed but it pretty much sums up the results so far.

Google hasn’t indexed the site properly. It has a few pages but the majority of the actual content posts we want to see ranking for keywords doesn’t even exist as far as the Big G is concerned.

Contrary to most other SEOs I don’t pay much attention to indexing. My view has always been if your content is good enough to be ranked then Google will index it sooner or later and rather than worry about it, I’d rather focus on things that move the needle.

Yes, some seasoned SEOs are probably having a heart attack right now but this approach generally works for me. I’ve had projects with indexing issues in the past but Google has always sorted itself out.

We shouldn’t really be that surprised. It’s a new domain, Google has been slower than ever to trust a site and we have no real backlink portfolio to convince them we’re worth paying attention to.

Maybe I should be actively submitting pages to Google and asking them to index us but so far almost all of our traffic has come from Bing, Yahoo and DuckDuckGo. Normally these wouldn’t even register as 1% of the traffic to a content site.

I think it could turn a small revenue without much work but I need big daddy Google to rank us before we’ve really any traffic to speak of.

This project has been hands-free since I finished publishing the content and the videos. The whole point was not having to publish a ton of content and inflate the site to be bigger than it needs to be.

As far as the results of the site, I’m happy with how the quality went. It was fun to work on and I’d love this kind of project to work.

In the scheme of things, it’s still early days. SEO is a slow, slow burn and I think I’m just going to wait and see if Google eventually trusts the site organically to start ranking.